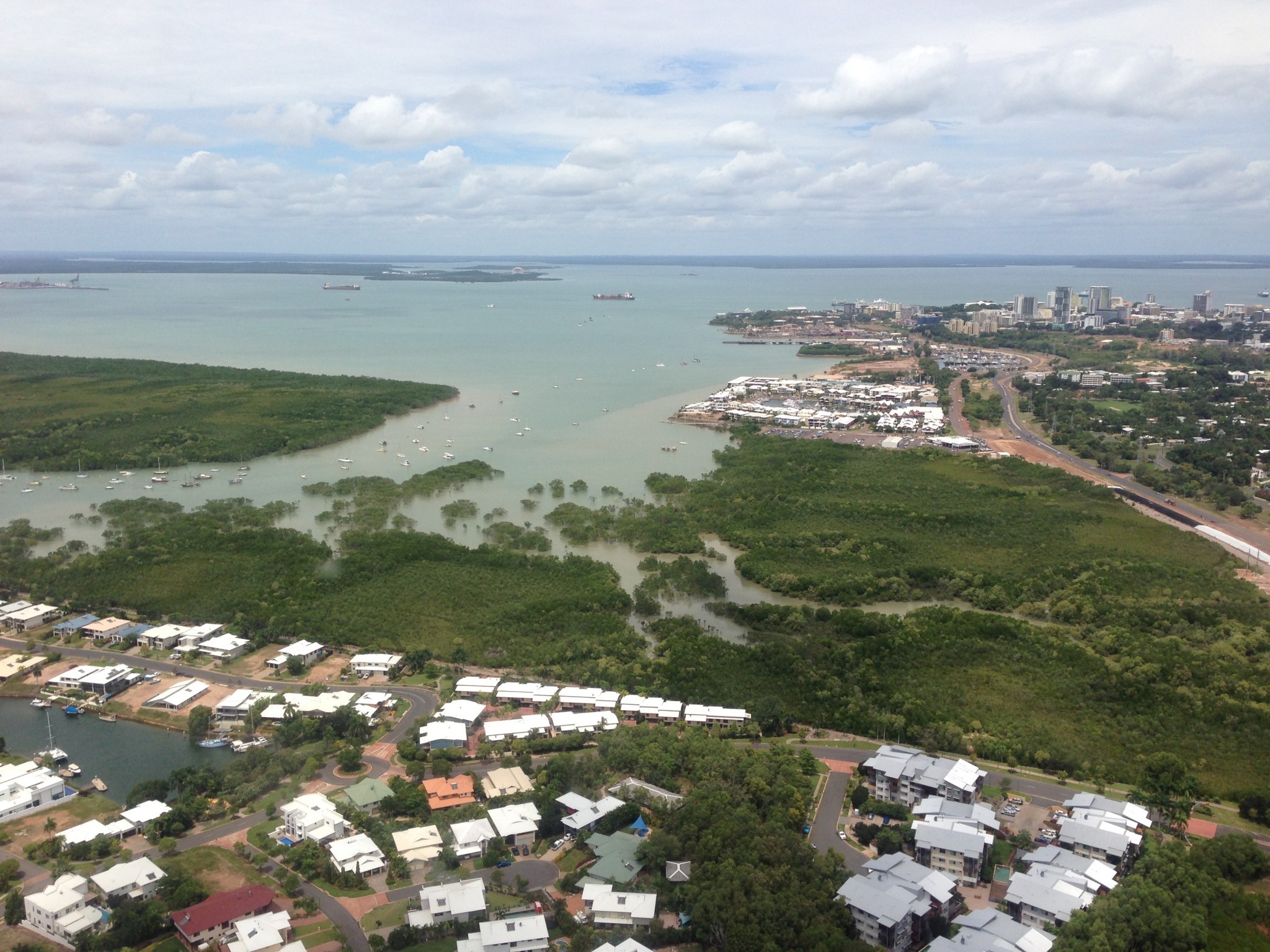 What began as a day quietly working at home turned into something quite different. A chance meeting with Mark Rolle from Helifish weeks prior, news calling for aerial footage and a lack of staff to operate filming equipment left me as a chance option to join Mark on a trip over Darwin and the Finniss River. It's a tough job, but someone's gotta do it. Mark has a gyro stabilisaed camera mount with Sony HD NX installed on the backseat of a R-44 heli - attached is a console controller that contains a series of joysticks akin to those Atari released in the early 80s. Michael Franchi from NT News sat in the front seat, me in the back with the rig - wiggling joysticks and gradually becoming accustomed to the operation of a camera in a moving vehicle. The doors were off and it was exhilarating - nothing can quite compare with being 1000ft in the air with the wind in your hair (even if it meant you were left with a birds nest perched on your head at the end). The view was plain beautiful from up high. What a great combination of of passions - a love of flying and filming. Mark said I had a nack for it. I've nominated myself for future work. Naturally.