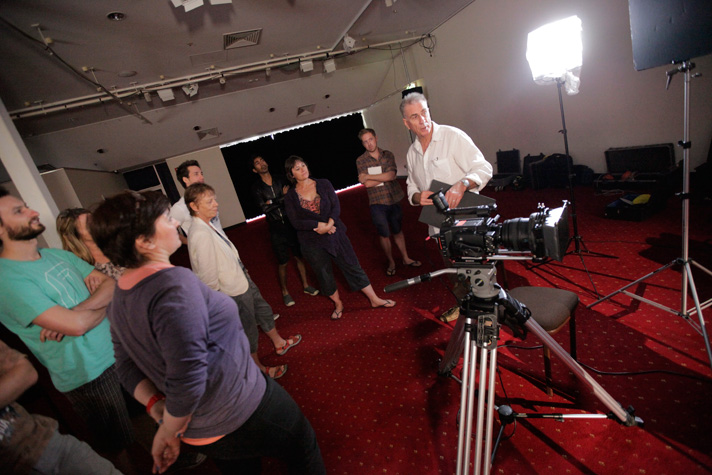 Some of the best cinematographers I've met in recent years are generally quiet, unassuming and humble, and Pieter de Vries is no exception. He has a reputation that extends across the globe - and some of the best in the business have hired him, including James Cameron when he went into the Abyss in his search for the sunken Titanic. Today Pieter found himself in a very different place, in the middle of Australia in the Red Desert town of Alice Springs as part of a workshop he was running for cinematographers. Film and Television Association of the Northern Territory volunteers gave up their time to help set up, organise catering and lists etc. We also met with content makers and broadcasters outside the training forum to catch up on what was going on around town. It was great to touch base with people from CAAMA and Imparja and to meet so many enthusiastic filmmakers. Oh, and did we mention, the dry hot winds of the desert were also a welcome change from the humidity of Darwin.