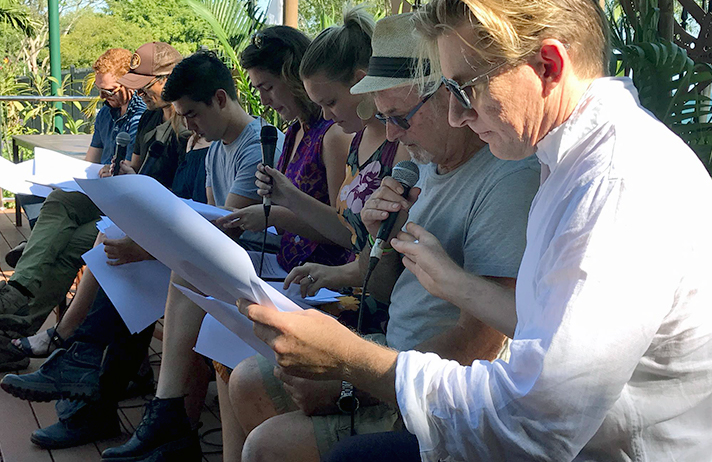 Australian actor David Wenham has joined the News Junkies cast for the series' first public outing of the pilot script.

About 70 people braved exceptionally warm conditions to attend the reading at Darwin's Deckchair.

Darwin's very own logie-winning actor Rob Collins - who has been crushing it in everything from Cleverman to The Wrong Girl also took to the stage, reprising the role of Jimmy Tiwi the cameraman in the series.

It's not often you get to share the stage with so much talent - and with David's enthusiastic stage directions, the cast delivered a great read that got laughs in places we'd hope we'd hear them.

Thanks to all who came along!