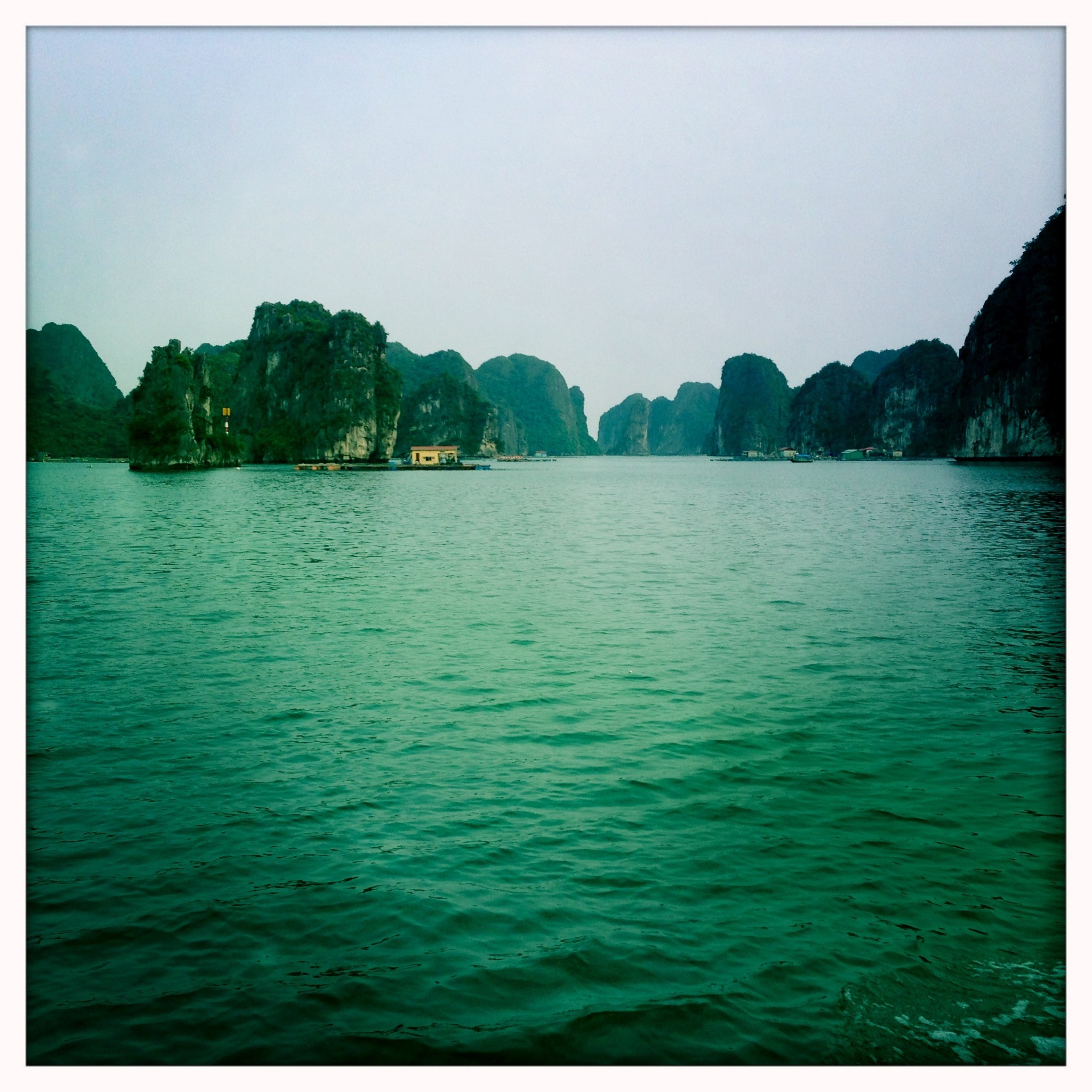 It’s impossible to deny the stunning beauty of Ha Long Bay’s limestone karsts that shoot from the depths of the ocean to the sky.

Snaking through the bay on a little bamboo boat, it’s easy to see why ancient storytellers believed dragons in residence created the islands, which appear and disappear around you and on the horizon, like clouds on a windy day.

But unfortunately immersion in the sheer wonder of Ha Long doesn’t last for long. A growing parade of plastic bottles and wrappers that bob on the water’s surface calls for questions. And what is that nasty looking mustard-yellow foam in some parts?

Despite the call of cool water on a steamy afternoon, I just couldn’t bring myself to dive in. I found myself asking what else has ceased to find that water appealing? What species have potentially been lost over the years? And does the proximity of one of Vietnam’s most industrial ports, which practically sits on the dock of Ha Long bay, have an effect on such a delicate ecosystem?

The visit to the bay was stunning, and I hope to return again one day, but it was clouded with questions and concern over the balance of a fragile environment with a population striving to overcome poverty. How grateful I was we chose to stay at a simple bungalow in the remote mountains of Cat Ba island, away from the bustle and the pollution that is leaving a stain on the sands of the beaches and rocks and dulling the shimmer of the water. A true wonder of the world that left me wondering about its future.