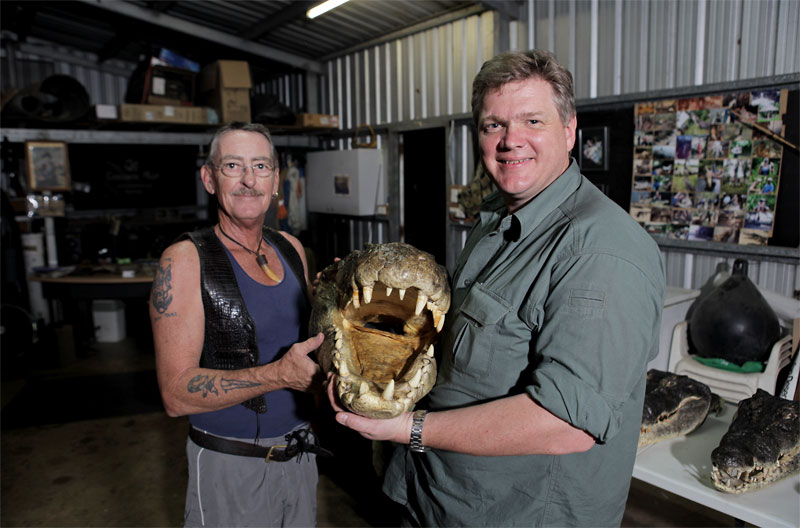 The first episode of a documentary series Weave Films worked on with an international crew will be broadcast in the UK tonight.

Ray Mears Close Encounters is a two-part documentary series being shown on primetime ITV1 and features survival expert Ray Mears getting up close with two of Australia’s most iconic animals, the Saltwater Crocodile and Tasmanian Devil.

As the promotional material explains - "In the first hour-long episode, Ray follows the infamous saltwater crocodile, Australia’s most notorious predator and king of the tropical Northern Territory. But how do you live with a dinosaur predator as your neighbour? As the city of Darwin’s crocodile population explodes to one crocodile for every person, Ray meets the people with a key role in managing how man and beast co-exist and gets a close look at Australia’s most prevalent man-eater."

Weave Films' Emma Masters worked with the documentary crew to research and scout for talent, locations and relevant stories. This included organising filming with crocodile rangers, working alongside Aboriginal people and the Gundjeihmi Association in Kakadu National Park, speaking with the Territory Wildlife Park about its investigations into the efficacy of feeding the northern quoll "toad sausages" in an attempt to repel them from eating poisonous cane toads which are having a devastating affect on marsupial and reptile populations, and even tracking down the victims and witnesses of two crocodile attacks during the week the crew were in Darwin filming. Yes, two attacks.