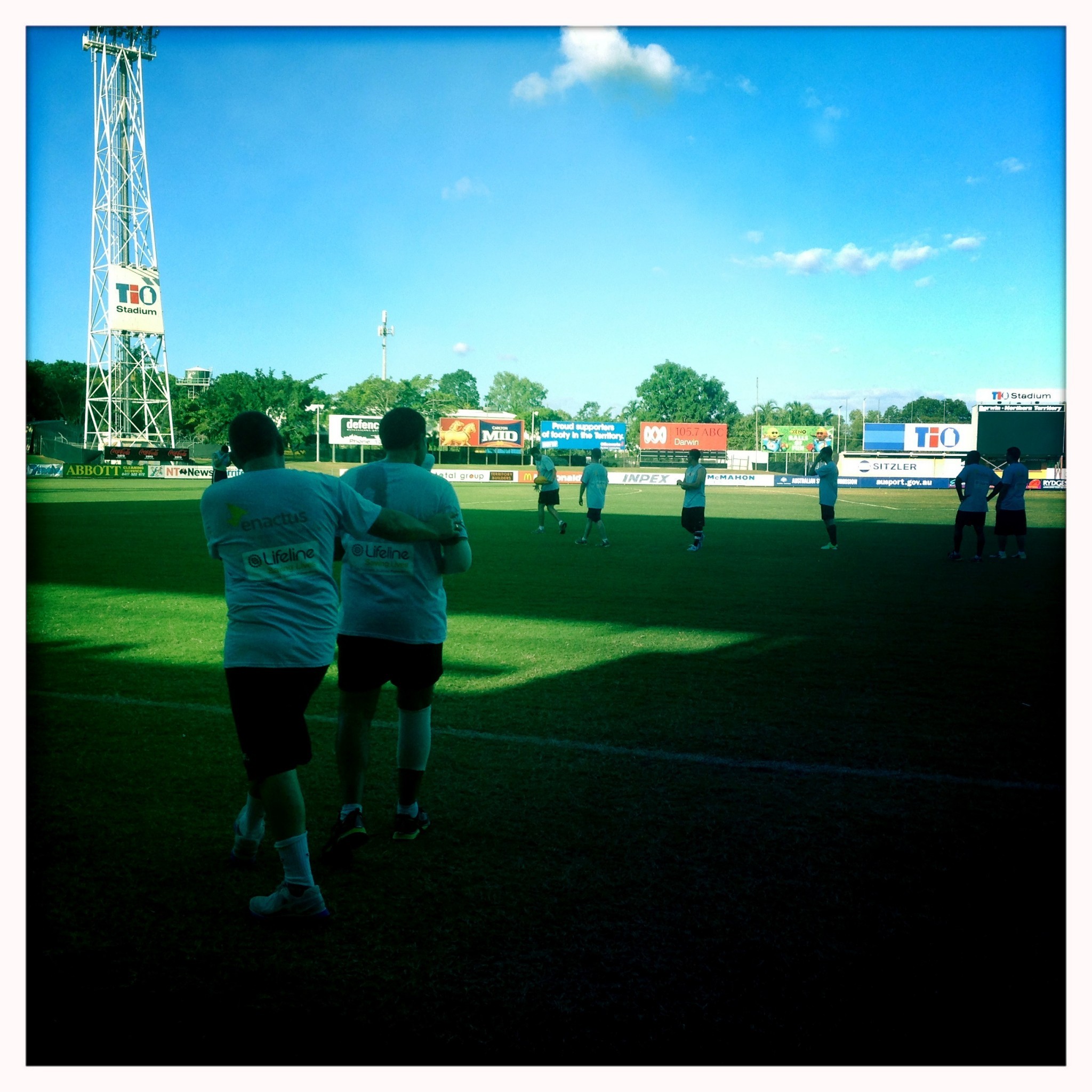 Tackling a US Marine during a game of AFL is certainly not on my bucket list, but I'll happily put it down to one of life's random experiences.

I'm also happy to say it was all in the name of raising money and awareness for Lifeline, a non-profit organisation that does great work in helping to reduce the alarming rates of youth suicide in Australia. To make matters worse, that rate triples when you cross the border into the Northern Territory. Alas, it's a figure that's indelibly etched in my memory after spending days sitting in an NT parliamentary inquiry into youth suicide during my time working as a journalist. In fact, it was one of those stories that strike a nerve and sit with you long after you've filed and your story has gone to air. So when I was asked to play a charity match alongside some local identities, I was happy to support the cause.

After a brief warm up, I jogged onto the field filled with a twinkle of excitement but more so a growing trepidation. The hallowed grounds of Marrara - a symbol of football achievement in the Territory. A lot of great footballers have run those fields, have christened it with their blood, sweat and tears. So, I managed to touch the ball a few times, got tackled and tackled myself, and met some good people along the way. I manned the lovely Steve Larkin from Charles Darwin University, except on the odd wayward chase of the ball up field. He kicked a super sweet goal that I failed to block. Nice work Steve. Media types Adam Steer and Damien McCartney put in a top performance on our team - and the marines proved, yet again, they are a nice bunch of guys. Some of them had booting power that rivalled any top kicker in AFL.

If you're wondering ... our team lost - but you know what "they" say ... it's not whether you win or lose, but how you play the game. An adage I love even more after getting a mid-range thrashing in the second half of the match.