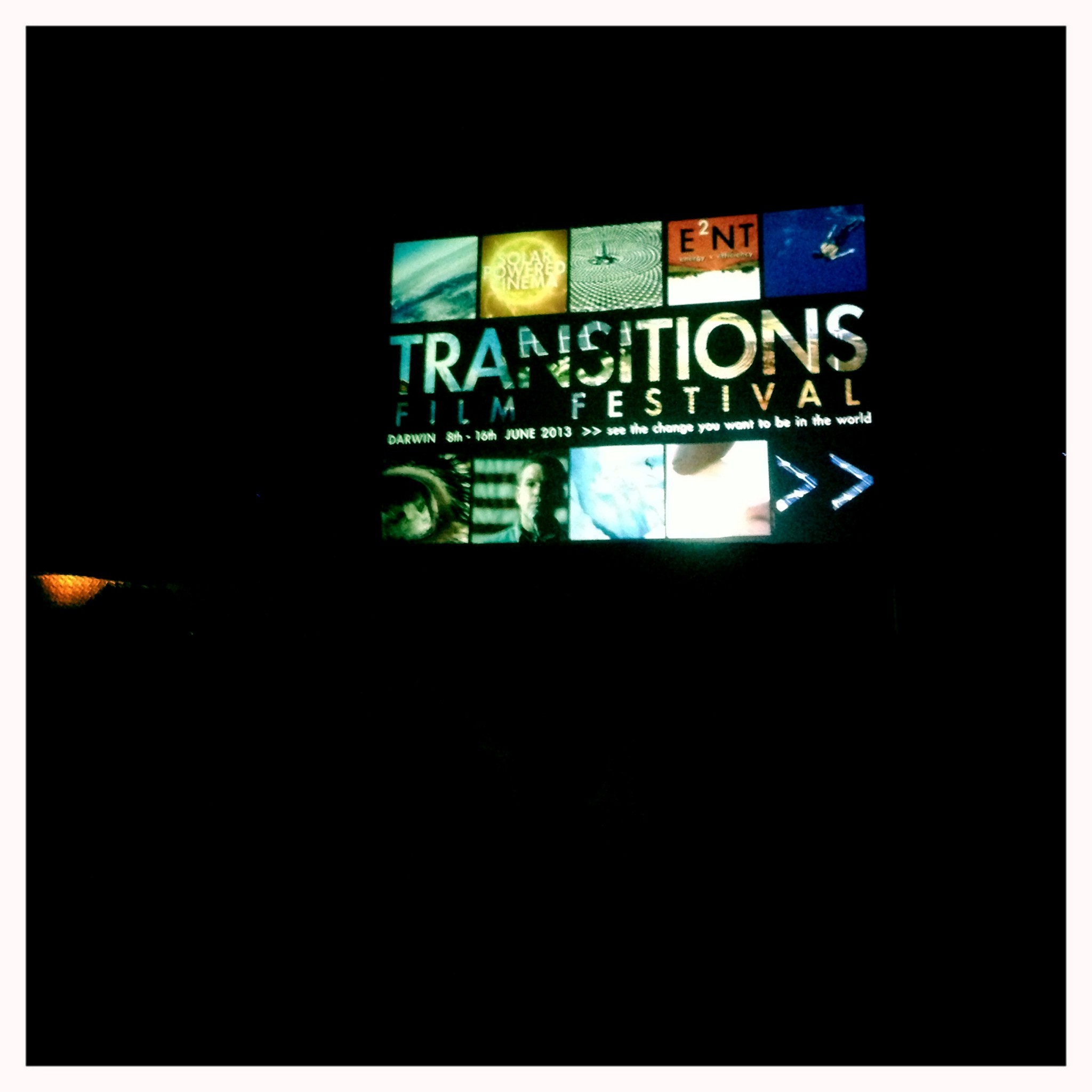 A new film festival has come to Darwin - and it's showing a swathe of documentaries that focus on all things green and environmental.

The festival is aptly titled "Transitions" - a reference to an era where civilisation moves from a fossil-fuel dominated, industrial complex to one that's sustainable, and environmentally and socially responsible. It's been organised by local filmmaker Tim Parish. Looking at the rundown, its clear he's determined to serve up some compelling viewing at some iconic locations around Darwin.

The chance to stretch out on a patch of grass under a clear night sky on the Nightcliff foreshore, with the waves lapping quietly on the nearby beach, was clearly attractive to many. The space at the solar cinema filled quickly.

Minds in the Water kicked off the festival, following world-renown Australian surfer Dave Rastovich's journey to protect dolphins and whales. For anyone who has seen the Academy award-winning documentary The Cove, you'll see the crossover of Rasta's quest to stop the slaughter in Taiji with those of the Cove's filmmakers. I also detected some paralells with another documentary Sharkwater, that remained fresh after only viewing it a weekend ago. Both protagonists spend time on the Sea Shepherd with Captain Paul Watson.

Looking forward to seeing some more films that look at some of the issues modern society faces and some of the solutions it can adopt, if it so chooses.