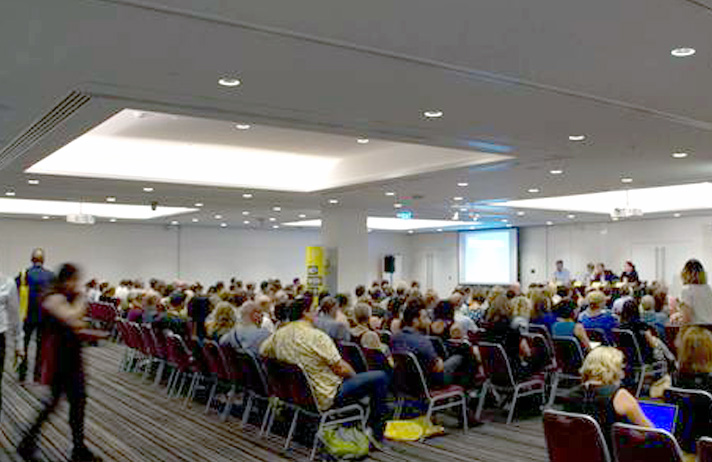 Weave Films is thrilled to announce Emma Masters is headed to Sydney to join Endemol Australia for a 4-week internship as part of the ACCESS program held this week during the Australian International Documentary Conference (AIDC) Net-Work-Play.

The AIDC industry development initiative saw Emma and six other producers from across Australia participate in a series of mentor workshops with the best in the industry, including top production companies Endemol Australia and Fresh One Productions and major broadcasters National Geographic Discovery, Australian Broadcasting Corporation and Network Ten.

On the final day of the NetWorkPlay conference, Endemol Australia had the unenviable task of choosing an intern among the group of producers who have each been forging inspiring careers in the industry.

"It has been such a privilege to participate in the ACCESS program with a group of talented individuals and to meet with a range of the industry's movers and shakers," Emma says.

"I'm absolutely over the moon to be given the opportunity to learn from Endemol Australia - a production company I have long admired and a force in television.

"As a producer from the Northern Territory where the industry is developing, it is exciting to be given the chance to learn from the best in the business."

Emma is the second Territorian to be chosen for the ACCESS initiative, after Kristy O'Brien won the internship last year and travelled to London to work with Jamie Oliver's Fresh One Productions.

Thank you to AIDC, Endemol Australia and all participating organisations for supporting such a great initiative.