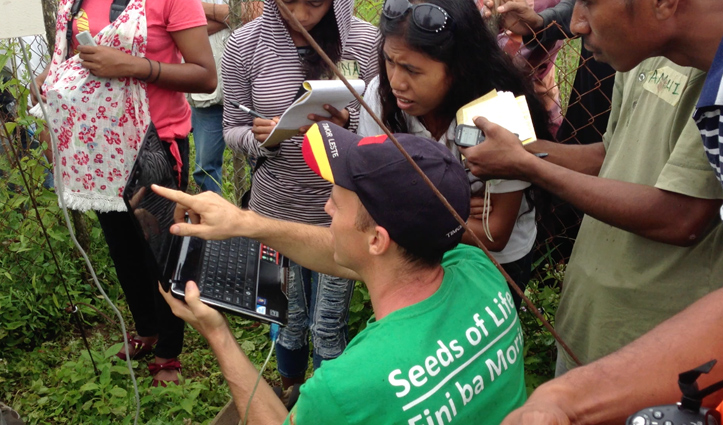 Weave Films has travelled to East Timor to work with Australia's national science agency on a project aimed at improving climate science knowledge across the Asia Pacific.

The Commonwealth Scientific and Industrial Research Organisation (CSIRO) has been leading the program to help governments and agencies, meteorologists and media in countries such as Samoa, Tuvalu and East Timor to better understand climate science and weather systems at work in the region.

Weave Films will spend a week in East Timor with CSIRO scientists for a series of workshops with local journalists, exploring climate change science and impacts and approaches to reporting environment-related stories.

The workshops include a field trip to the mountainous region of Liquica where Care Australia have a series of projects to prevent land slides, improve crops for farmers and monitor weather and rainfall.