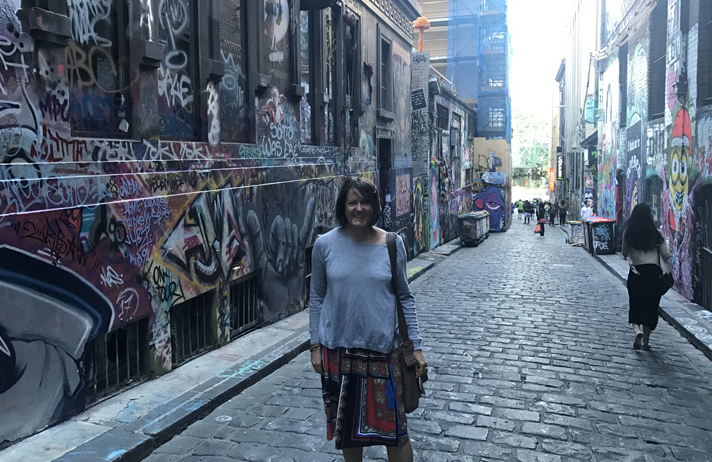 Weave Films has arrived in Melbourne for an action packed series of special workshops and initiatives alongside meetings, as part of the Australian International Documentary Conference and the Natalie Miller Fellowship Leadership conference.

Firstly, Emma Masters is attending a conference of 100 women from across the nation's screen industry to talk about leadship, to network and to hear from some inspirational trailblazers.

The next day, Emma will participate in an AFTRS Masterclass with the international king of reality television, the UK's Robert Thirkell.

As documentary filmmakers and buyers from around the globe descend on Melbourne for the Australian International Documentary Conference (AIDC), Emma will attend a special Virtual Reality workshop. The by invitation only workshop is being run by VRTov, one of the nation's leading virtual reality production companies, and will be followed by a special VR speed pitching session the following day.

The Invisibles, a documentary project Emma has been co-producing with Blackwatch Production's Alison Black, has also been selected as part of AIDC's The Factory, an interntional piutching forum where 10 projects are pitched to a panel of broadcasters and distributors in front of a live audience.

Alongside pitch sessions and meetings, Emma is conducting a series of interviews with documentary filmmakers and will do a live cross into ABC Radio Darwin's Morning show's Square Eyes segment she co-hosts with presenter Adam Steer, and will speak with the head of AIDC as part of the cross.