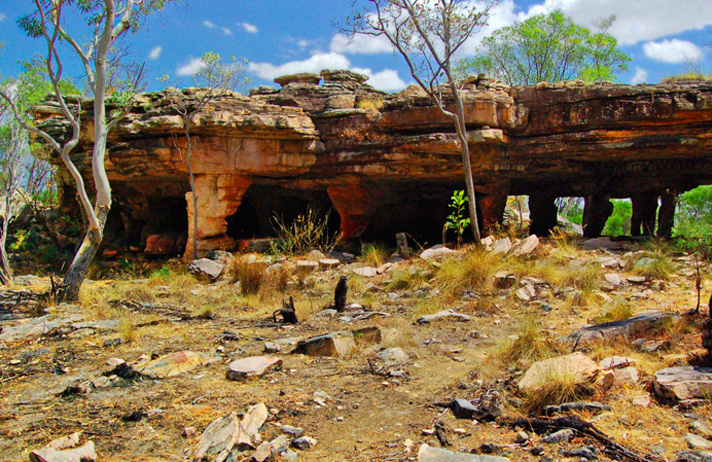 Digging into a story

Weave Films' Emma Masters and Intertidal Films Adrian Buitenhuis and their film crew are preparing to spend a fortnight in a remote corner of Arnhem Land to document the first-ever archaeological dig on Jawoyn land.

The excavation will be held by an international team of archaeologists, including renown French rock art expect Jean-Michel Geneste and Monash University's Bruno David.

The dig will take place at a rock shelter on the Arnhem Land plateau. The site's unique colosseum-like formation is a stone canvas for hundreds of paintings and a safe house for a variety of cultural artefacts including tools of stone and wood.

The site, called Nawala Gabarnmang, was spotted from the air in 2006 but its rediscovery wasn't announced until 2009, rousing the interest of rock art specialists around the world and a quest by a team to conduct research in the area.

The Jawoyn traditional owners agreed for a dig to be held at the site, and will join the scientists to oversee the dig and to provide essential cultural information as questions and materials arise.

Their plans to conduct a dig were relayed to Emma, who made a life-changing decision to embark on a plan to document the entire process. Canadian Adrian Buitenhuis responded to her call for interested, talented colleagues to work on the film and the pair immediately set to work to develop a proposal.

In just over two months and with important support from the Jawoyn, the pair have raised support and funding for their film and have pulled together an exciting team including director of photography Chayse Irvin, first assistant camera Peter Carty and sound recordist Terry Meehan.

The crew has decided to develop a cinematic approach to the film and have chosen a number of cutting-edge technologies to achieve their vision, such as a custom-made timelapse rig and a Red Camera.

They'll stay with the archaeologists and Jawoyn elders and traditional owners for the duration of the dig.

The groups will be helicoptered to Nawala Gabarnmang and will stay there to work and camp.