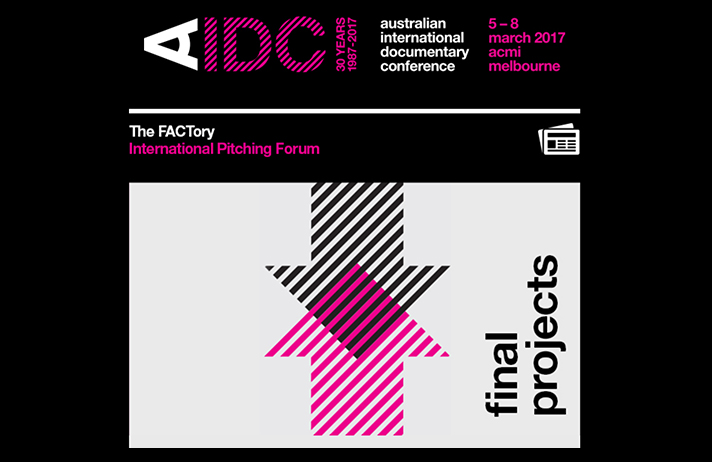 Weave Films and Blackwatch Productions have been selected for the coveted FACTory forum, an international pitching event taking place at this year's Australian International Documentary Conference.

The pair are one of ten groups chosen to participate in FACTory, which will be held in Melbourne at Federation Square's Deakin Edge auditorium.

The event will see participants pitch to a live audience, including major international and natiional decision makers such as the BBC, Discovery Networks International, ABC and Vice Australia.

Weave Films' Emma Masters and Blackwatch Productions' Alison Black are gearing up to pitch their project The Invisibles.

"The Invisibles looks at the growing number of women travelling solo around Australia and views this trend against the backdrop of the social phenomenon commonly called the invisible syndrome.

"The syndrome is said to occur for many women when they hit their 50s.

"It's a time when women feel they fade into the background - their kids have left home, they are overlooked in shops and restaurants, they are often undervalued in the office and their stories are rarely seen on screen.

"Our TV series and multiplatform project aims to change that."

The project follows a select group of women as they journey into the centre of Australia to try to break the world record for the number of women camping in one place.

"We explore what has driven them to pack up, leave everything behind and head into the Australian outback."

The pair are up pitching alongside some great factual projects - including Waste Nation, Islam and the Future of Tolerance and The Love Experiment.

"It's going to be nerve-wracking publically pitching our project to a live audience full of industry peers and influencers," says Emma.

"But we are ready to step up - and like the women in our program - be counted."

FACTory takes place on March 7 as part of AIDC conference.