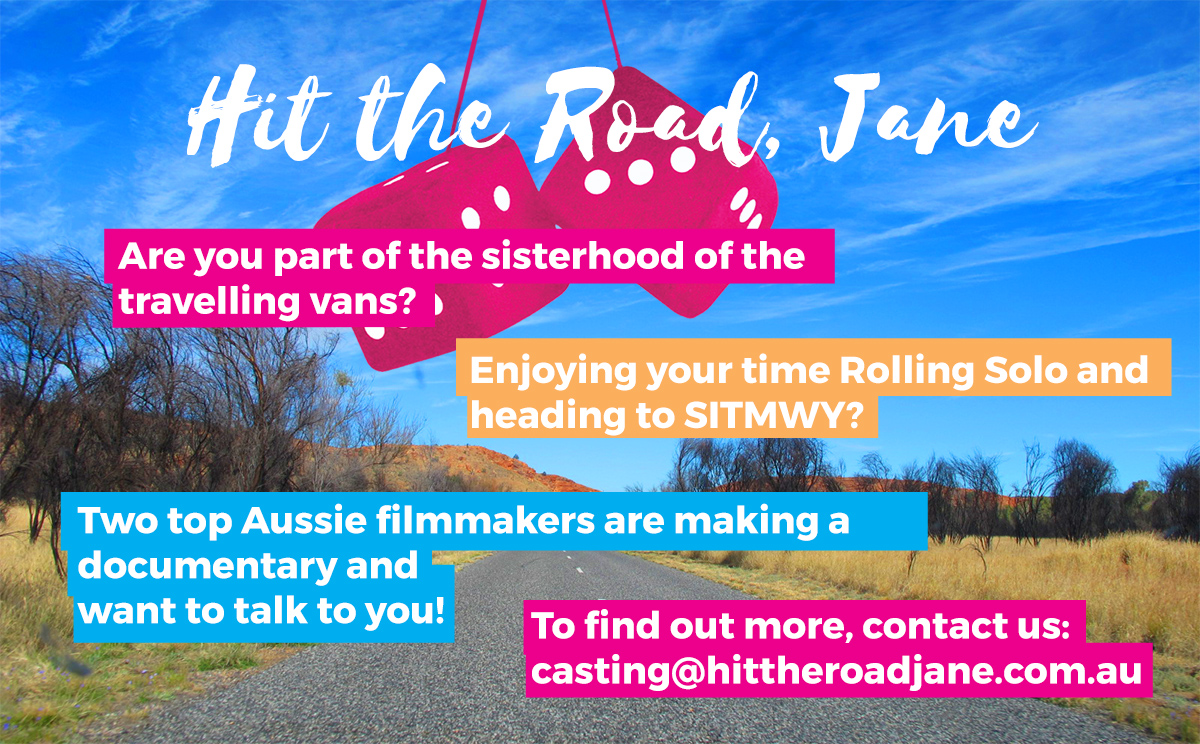 Did you know there is a secret sisterhood of travelling vans that can be found on the backroads and highways across Australia?

They're women at all sorts of different points in their life. Some are divorced. Others are dealing with empty nests. Some haven't ever travelled beyond their own town. But all of them have reached their own "f**k it" moment where they've decided to hit the road and travel solo. Forget middle aged men in lyrca - this is menopausal women behind the wheels of winnebagos, kombis or trailing caravans.

Weave Films and Blackwatch Productions have been investigating this growing group of women, who have connected via social media. What began as one woman setting up a Facebook page to connect with likeminded solo travellers has become an online community of more than 6-thousand women.

The co-producers have received development funding from Screen Australia and Screen Territory to join 500 "rollers" as they meet in the middle of Australia for the first time.

We are in pre-production for the development shoot, and have an all female crew including producer/director Emma Masters, director of photography Gemma Thornton and sound recordist Aimee Mullins.

Emma is also embracing the rolling solo movement and travelling from Darwin to Alice in her little Honda Jazz, with kit in hand to film. You can track some of her journey on her Facebook page: https://www.facebook.com/EmmaMastersWeave

The team will be at Ross River and looking to interview women about their experiences - so if you know of any woman who identifies as a roller, please urge them to get in contact with us.