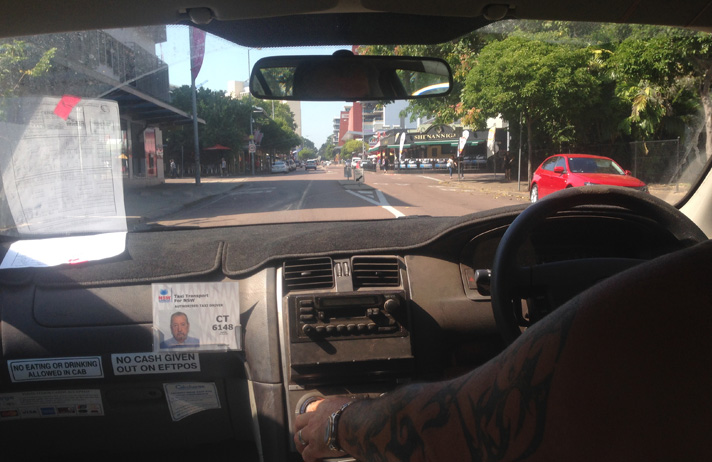 Helping to drive the Last Cab to Darwin

It's a feature film that features the controversial topic of voluntary euthanasia but it's also an uplifting story that celebrates the journey of a man who finds love and friendship as he comes face to face with his own mortality.

Last Cab to Darwin has begun shooting in the town of its namesake.

The crew for the highly-anticipated film has travelled across Australia to Darwin from Broken Hill for the past month, stopping off at key locations including Oodnadatta and Daly Waters along the way.

Weave Films' Emma Masters is working as Third Assistant Director on the Darwin leg of the shoot.

"I've heard the script to the film is fantastic and with Australian acting legends Jackie Weaver and Michael Caton playing lead characters in the film, it is sure to be a great piece of cinema," Emma says.

"They've both been spot on in their choice of films in the past, and from everything I've heard, they certainly won't be wrong this time."

Last Cab to Darwin will be filming in locations around Darwin over the next fortnight.

The film will be released in Australia and internationally next year.