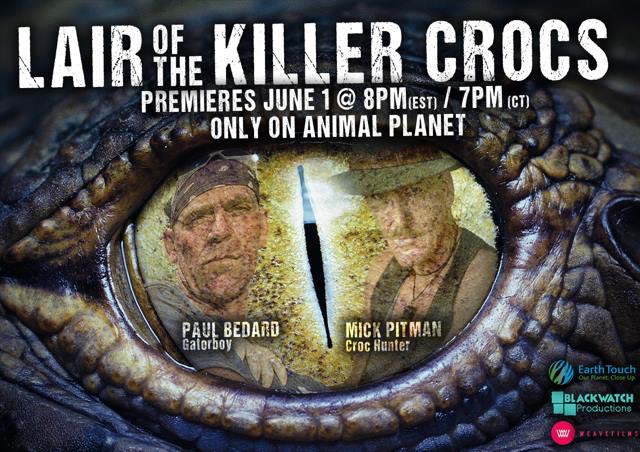 Weave Films is excited to announce its one-hour show on the iconic saltwater crocodile is premiering in the USA tonight as part of Animal Planet's Monster Week.

The program, which kicks off at 7pm on June 1, follows alligator expert Paul Bedard and crocodile wrangler "Crocodile Mick" Pitman as they go in search of a monster crocodile in the Northern Territory.

The show was co-production between Weave Films (Australia), Blackwatch Productions (Australia) and Earth Touch (US).

Weave Films thanks the Northern Territory Government for its ongoing support through development and production.