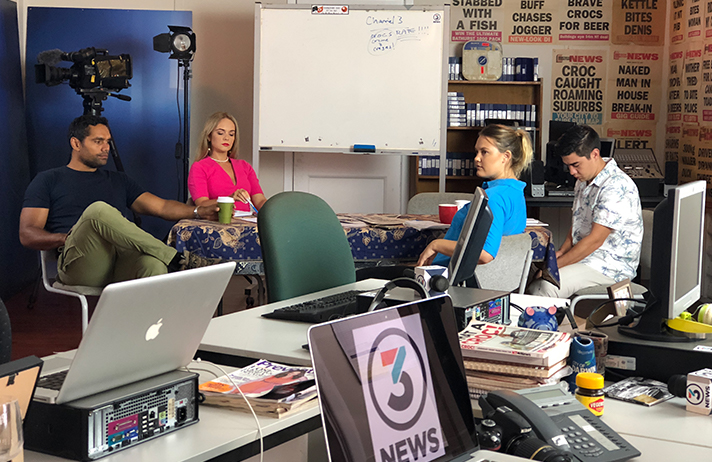 The cast and crew have assembled for production of the pilot of a comedy web series News Junkies.

The shoot officially kicked off on Tuesday, when we filmed a piece to camera with Ciella Williams who plays the main character Elle Walker, but today marks the full cast and crew on set making magic happen.

News Junkies is a project that has involved a lot of love, hard work and passion from the three co-creators - Lucy McNally, Kristy O'Brien and Emma Masters.

Developed under Weave Films, the three have worked tirelessly from the ground up - developing the characters, the storylines and juggling all manner of tasks within the team.

It's incredible to think of the journey we've had to get here - and the incredible magic we're going to witness over the next few days.