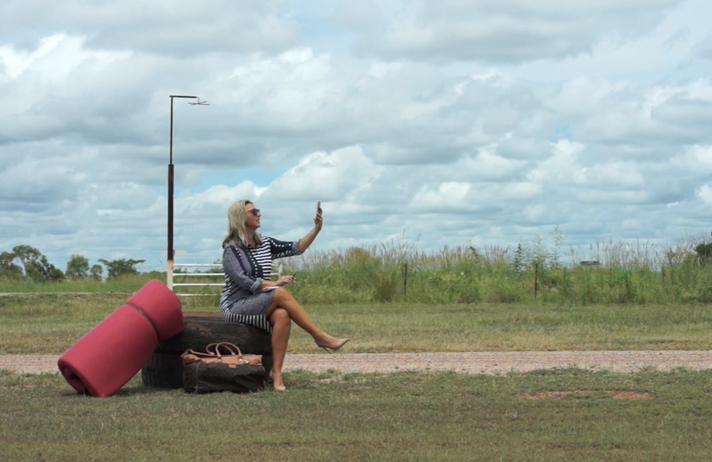 The News Junkies team are assembling in Sydney this weekend to attend a Screen Australia web series workshop.

Emma Masters has been in Melbourne and will fly in and join Kristy O'Brien who is travelling direct from Darwin. Their co-creator Lucy McNally is a Sydney-sider already.

The three women intend to use the opportunity to work together in person, following countless skype calls and sharing documents online.

News Junkies follows Bondi princess and rookie journalist Elle Walker as she deals with working in a tabloid newsroom in Darwin.