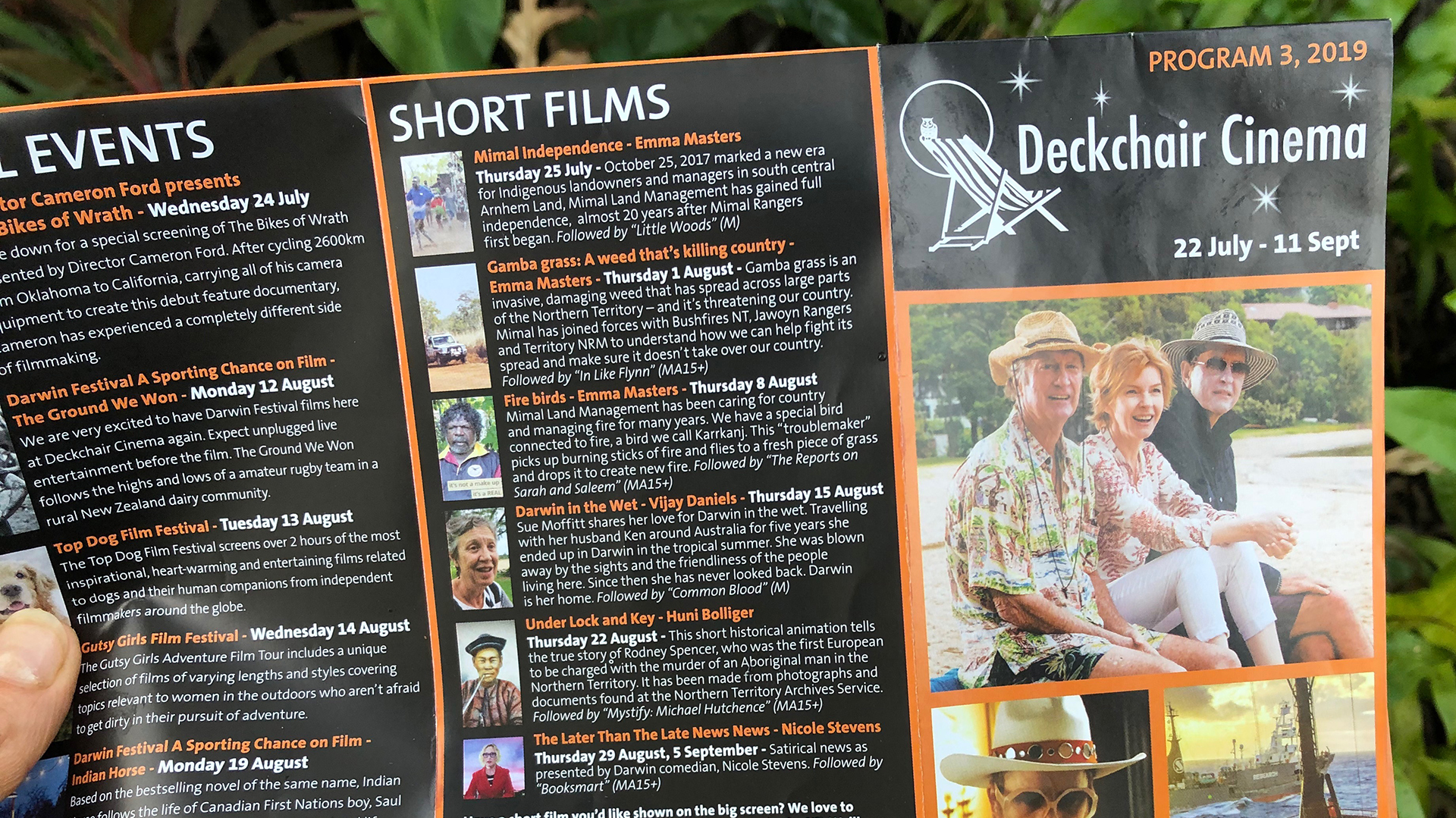 Shorts screen at the Deckchair Cinema

The Northern Territory's iconic Deckchair Cinema has selected a series of short films Weave Films has made with Mimal Land Management.

The films have been created with the Indigenous landowner organisation from south central Arnhem Land as part of their quest to tell their stories through the screen.

The first Mimal Independence to screen on Thursday July 25 marks the moment when the organisation became fully independent, 20 years after first being established as the Mimal Rangers. This short will screen with Little Woods.

The second to screen on August 1 is a short film designed to look at the threat of Gamba Grass in the Top End. Originally created by Curran Brown and Peter Cook as a 20 minute version, Emma reworked the script and edited the long version down to a five minute short. Gamba Grass: A weed that's killing country will screen before In Like Flynn.

Fire Birds marks the third short and one of Emma's favourite stories of recent times.

It's a film about birds in Arnem Land that use fire to hunt. Scientists have long rejected the notion that birds exhibit such behaviour, but many Indigenous rangers have seen the bird in action and there are stories and lore about the bird that have been handed down from generation to generation.

The feature The Reports of Sarah and Salem will screen after the short.

"I'm thrilled these films are getting a life on the big screen," Emma said.

"We made them to tell Mimal's stories, to help spread the word on digital platforms.

"Cinema is such a passion of mine, and the deck is one of my most favourite cinemas on the planet, so I can't wait to see Mimal as the star"