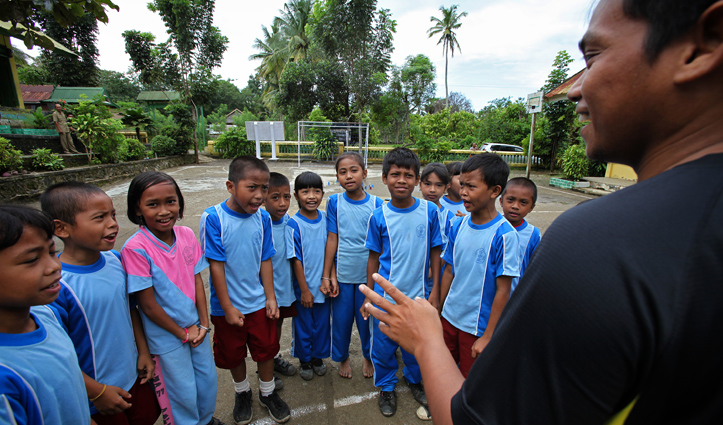 Improving the delivery of physical education in schools is the focus of a new Weave Films project in Indonesia.

UNICEF and the British Council has collaborated with the Indonesian Government to roll out a pilot program that aims to boost PE at schools in East and West Java, Sulawesi and West Papua.

The program "International Inspiration" is part of the London Olympics legacy that aims to improve sport and games in schools in 20 countries across the world.

"Weave Films has been called to look at ways the program can be upscaled across the archipelago in a way that is cost-effective and draws on the lessons learned during the pilot," says director and consultant Emma Masters.

"We'll be travelling across Indonesia and conducting a series of interviews with school teachers, princpals, government authorities and school supervisors as well as observing PE sessions and speaking to the children, to better understand where the program has been successful and where there have been pitfalls that can be avoided in the future."

"A lack of space and equipment are common issues that arise, along with a need to focus on equality for all children to  participate in sports and recreation," says Emma.

"Issues that include improving access for students with disabilities and ensuring girls are given the same opportunities as boys to fully participate in sport and games.

"The program is even helping teachers to think about ways to make their own sports equipment with locally available materials.

"We'll be looking at developing a suite of communications materials as well as looking at how film can be used to assist the program."

Weave Films will be working in Indonesia in October and November.