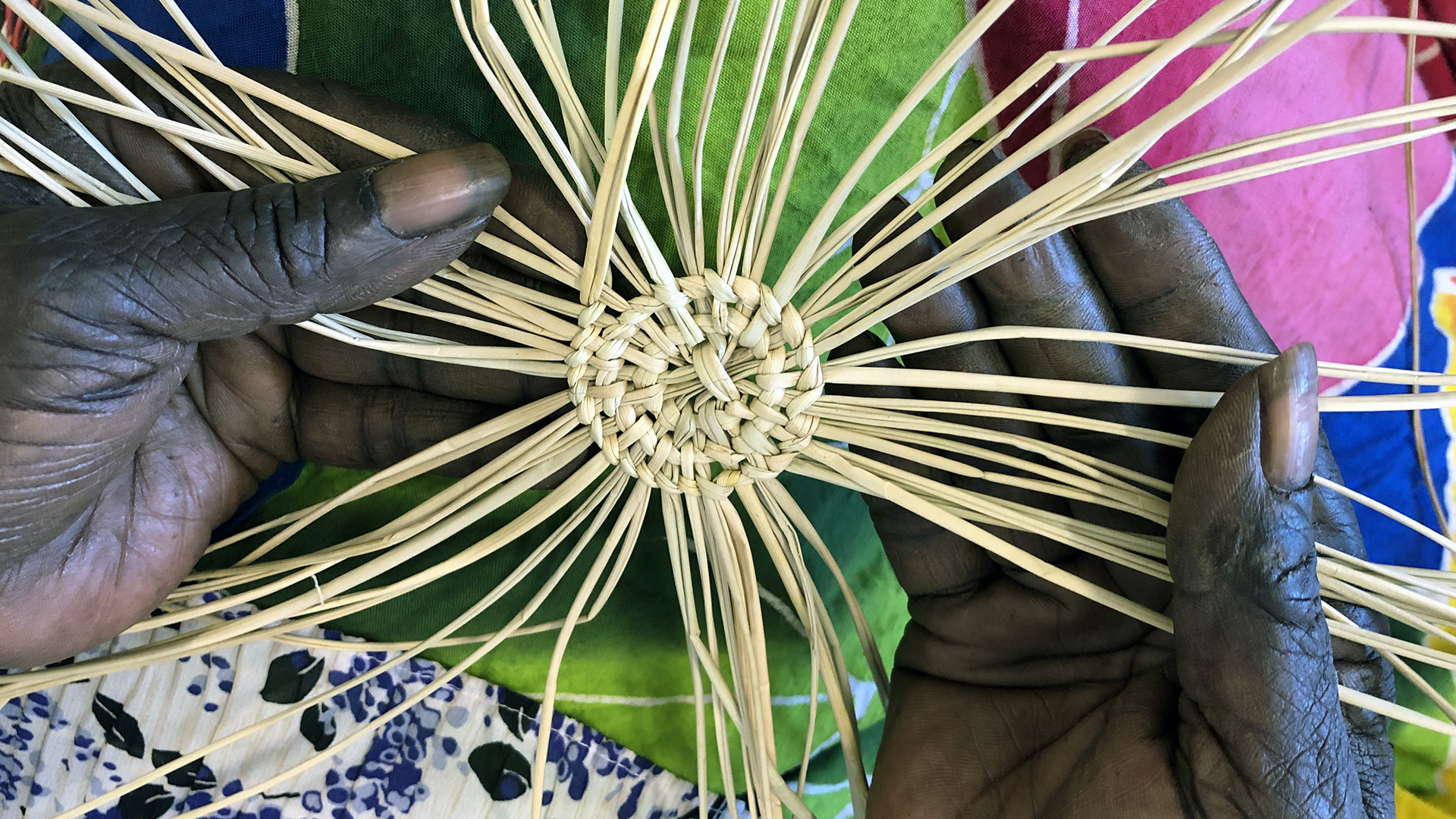 The films are created by Adelaide-based creative force Closer Productions - who most recently produced the documentary In My Blood in Runs, the feature film Animals and television series The Hunting (SBS) and F'ing Adelaide (ABC).

Due to coronavirus travel restrictions, the Closer team were unable to travel - and so they called on Weave Films to film the profiles of artists based in the Territory.

The work has taken our team Emma Masters (director/sound) and Sam Harriss (DOP) to film with a group of natural fibre weavers and artists on Milingimbi Island and in Maningrida.

Ms Masters says the past fortnight has been a very special artistic journey.

"Working on country and hearing stories from senior elders is not only a privilege - it's one of my most favourite things to do in the world," Ms Masters said.

"Ever since I was a young girl, I was always drawn to learning from older people, of hearing of their life and beliefs.

"Not to mention, my company is called Weave Films because as a young girl I loved crafts and weaving was one of the things I did - so to spend time on country with contemporary weaving artists has been a gift."

The team worked with the artists to observe their entire creative process - from collecting materials such as pandanus and stringybark to natural dyes, preparing the materials and then observing their creative practice - whether it's making a dillybag, painting a yidaki or creating a fibre sculpture.

The artists and filmmakers also collaborated to record some traditional songs to be played in their respective exhibitons.

"We not only worked with the women, but senior men who held songs that related to the works from the exhibition," Ms Masters said.

"It was a humbling experience sitting on the ground in front of the senior men singing as the microphone recording captured and amplified the ancient songs in my headphones.

"Our work could not have been done without the ongoing support of the Milingimbi Art Centre and Maningrida Art Centre.

"The centres and the artists do incredible work and it's great to be part of a project helping to tell their story."

Closer Productions will produce the films to be premiered at Tarnanthi in October.