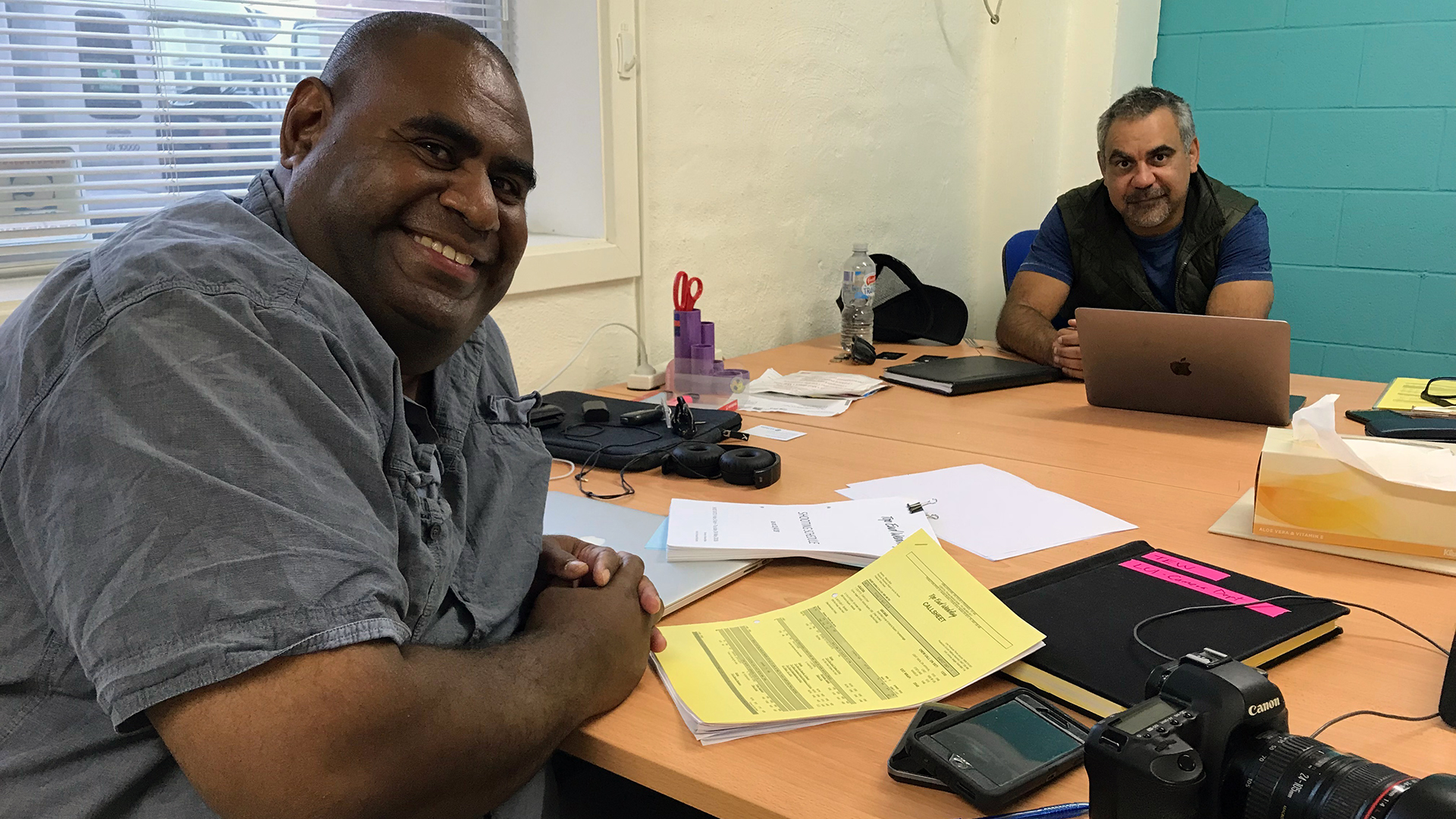 
The team working on the feature film Top End Wedding are ready and raring to step into production next week.

The heads of department and the production team have been in pre-production at Adelaide's Hendon studio since early March, preparing for the film which will see them shooting in Adelaide, Darwin, the Tiwi Islands, Katherine and Kakadu.

Emma Masters has been working fulltime alongside director Wayne Blair and director of photography Murray Lui (pictured in their office), as part of her work as the Screen Australia's director's attachment.

The directors and photography departments have been working together planning for the shoot, alongside casting and auditions, rehearsals, camera tests, meetings and working to schedule a shoot that incorporates travelling the cast and crew to some remote locations in the Northern Territory.

Pre-production also involved a heads of department locations visit, which narrowly avoided the category two Cyclone Marcus when it barrelled into Darwin.

After weeks of meticulous planning the shoot is ready to kick off - Lights, Camera, Action - and an official goodbye to our office in Adelaide.