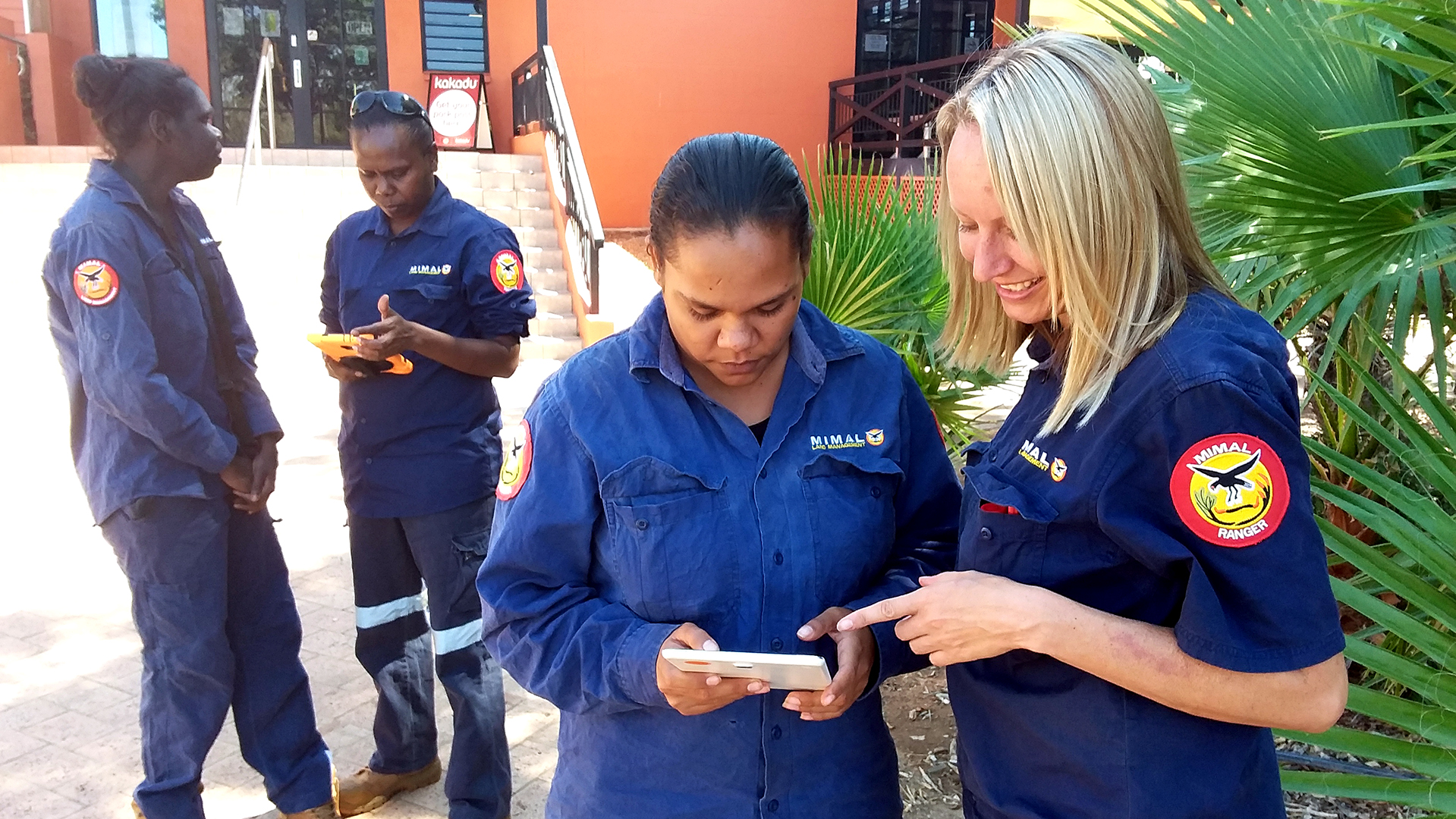 Weave Films works as a creative agency for a number of Aboriginal land owner-run organisations and Indigenous ranger groups.

One of those groups is Mimal Land Mangement, an organisation which represents Dalabon and Rebarrgna Indigenous land owners from central Arnhem Land.

Weave Films works with Mimal across all media and publications, including the design and production of their website. developing a social media presence across Facebook, Instagram and Twitter and filming and producing digital stories and videos.

Importantly, the work also involves training Mimal rangers to tell their stories across digital platforms, to take photos and to start making their own videos.

This week Emma Masters conducted media and video training with Mimal women rangers, which is part of a greater push for Mimal to capture stories and knowledge of culture and country for future generations.

The team covered social media publishing and focused on video storytelling, from framing and shot types, to editing and interview techniques, culminating in an inteview with Dalabon elder Nellie Camfoo.

The Mimal women rangers are taking a lead role in their team for telling digital stories and sharing their work as well as overseeing a cultural database that is being developed for the community.