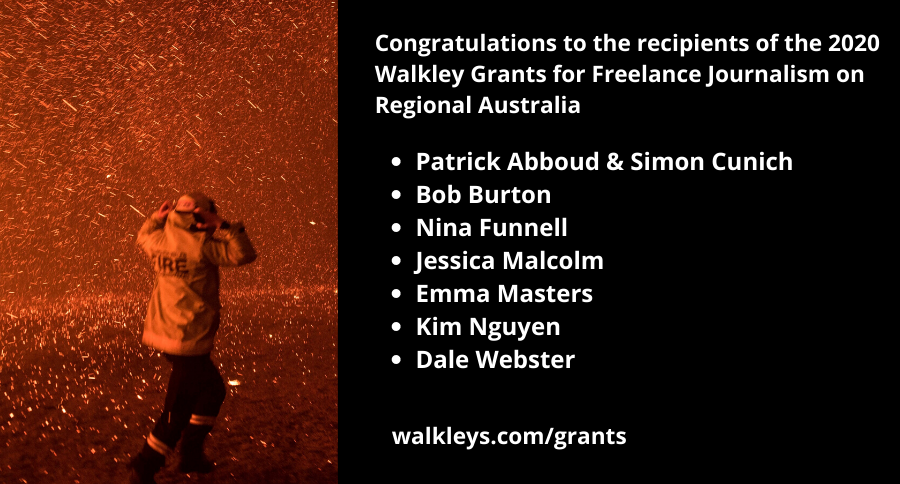 Weave Films' Emma Masters has been awarded a Walkley Grant for Freelance Journalism.

The grants are provided by the Walkley Foundation, a national organsiation set up to celebrate and support great Australian journalism, including the Walkley Awards for Excellence in Journalism.

Ms Masters joins seven other freelance journalists from around Australia in being supported to tell stories from Regional Australia.

She says she's thrilled to be supported to investigate her story, which looks at the recognition of Indigenous knowledge in education.

"I work in Arnhem Land a lot, and I've seen a growing recognition of Indigenous knowledge in land management begin to move into education," Ms Masters said.

"Working as a fulltime journalist during the height of the Federal Interention into Indigenous communities in the Northern Territory, I reported on the many ways the Federal and Territory governments were attemtping to close the gap in school attendance and education outcomes between Indigenous and non-Indigenous students.

"This report card from the bush will look at what has changed, and look at a new emerging trend of Aboriginal people taking education into their own hands.

"I'm excited to be able to look at the issue in depth here in the Northern Territory - and thank the Walkley Foundation for this opportunity."

The Walkey Foundation says the judges were impressed with the breadth and high quality of this year’s applications.

It says the seven winning projects reflect that diversity, as well as the commitment of applicants to tackling different and sometimes controversial Australian stories, and the journalists rewarded in this round of grants range in age, experience and skill sets, but their projects promise to surprise, educate and move audiences.