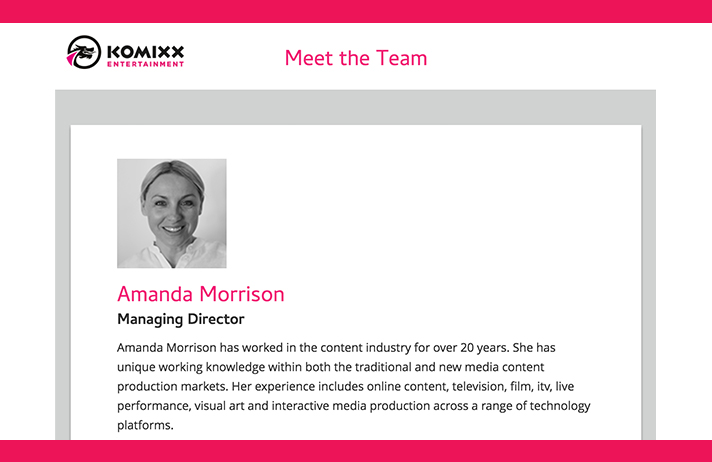 Weave Films is excited to announce its director Emma Masters has been selected for the second mentorship stage of the Natalie Miller Fellowship Leadership program.

Emma is among 50 women handpicked from Australia's screen industry to continue on the leadship program.

The first stage involved attending a one-day leadership and networking conference with about 170 women in the screen industry in late February.

The second stage involves a mentorship with one of the nation's leading practitioners.

Emma nominated to have a mentor with experience across traditional and digital content platforms - and Komixx's Amanda Morrison has stepped into the role.

"I couldn't be happier! I am interested in developing content across broadcast and interactive, digital platforms - as I have both a multimedia and documentary background - and so Amanda Morrison is the perfect fit," Emma says.

"Amanda has experience across the board and is ahead of the curve in terms of the embracing the direction of the industry as global digital platforms disrupt the traditional modes of consuming screen content.

"I'm in good company as my Territory colleagues Rachel Clements, Trisha Morton-Thomas and Aurora Scheelings were also selected to undergo mentorships as well."

The pair will meet on a regular basis until the end of the year.

About 400 women from around Australia applied to be part of the inaugural program, which has been funded through Screen Australia's groundbreaking Gender Matters program, which aims to address the gender imbalance in screen production, particularly in drama.