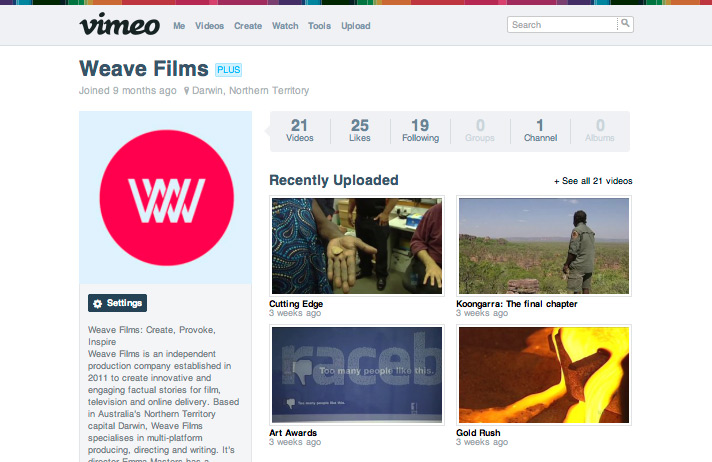 A showcase of work by Weave Films' Emma Masters has been uploaded to Vimeo.

The stories are just some examples of Emma's broadcast journalism work for ABC TV news and current affairs.

They also include two stories nominated as finalists for feature and current affairs in the NT Media Awards: