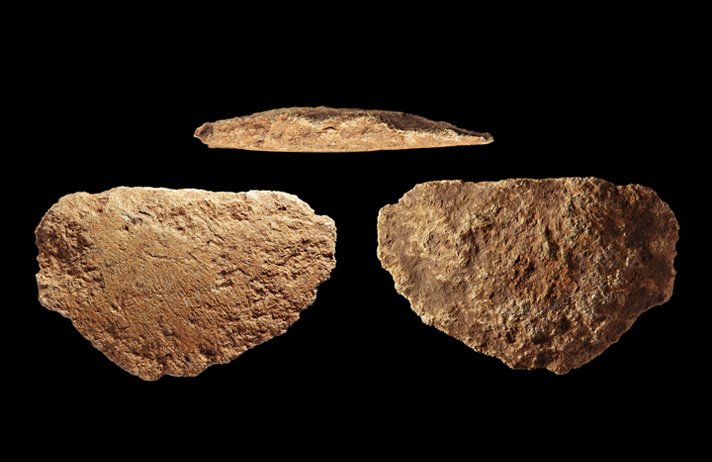 Weave Films' Emma Masters has travelled to Melbourne with Jawoyn traditional owners and representatives to record the unveiling of discoveries destined to change world history.

The findings were made during an excavation earlier this year at the rock art site Nawula Gabarnmang, which lies in a secret location in Arnhem Lands' remote stone country.

They include a fragment of a ground-edge stone axe that has been carbon-dated at more than 35,000 years old, making the piece of axe the oldest of its kind in the world, pre-dating a similar discovery in Japan by about 15,000 years.

Co-director and producer of Spirits in the Stone, Intertidal Films' Adrian Buitenhuis flew from Canada to help film the unveiling at Monash University, whose researchers are leading the archaeological study.

The filmmakers were also witness to a memorandum of understanding signed by traditional owners and the university to conduct further research on Jawoyn country in coming years.

Emma also filmed the unveiling with ABC Victoria for a series of stories for 730NT and 730Victoria, formerly Stateline, as well as national TV news and radio.